The Sixth International Fascia Research Congress (FRC) was held in Montreal, Quebec from September 10 – 14, 2022. The conference theme was "Critical Evaluation: Science – Translation – Practice", focusing on the role of critical evaluation and peer review from the standards in scientific research to the assertions made by clinicians.

Board Members Libby Eason and Dan Somers were in attendance as representatives from DIRI. For more information on the congress, visit fasciaresearchsociety.org/2022. 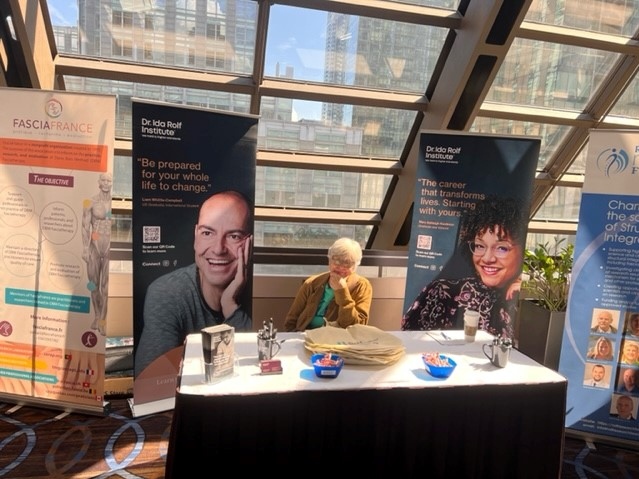 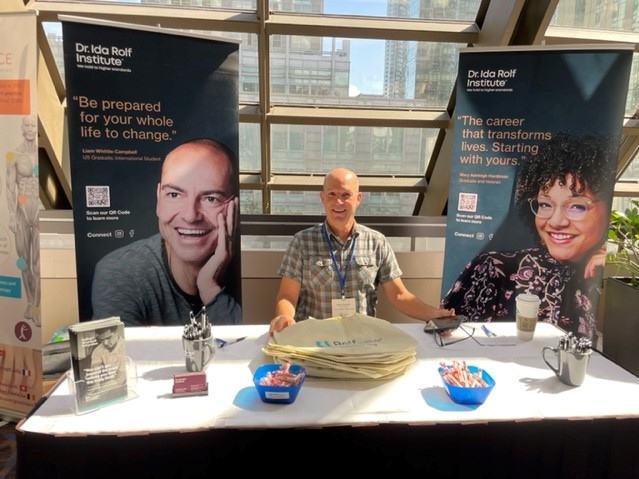 The Fifth International Fascia Research Congress was held in Berlin, Germany November 14-15, 2018. In partnership with the European Rolfing® Association, the Rolf Institute® served as a Platinum Sponsor.

The Rolf Institute continues to take a leadership role in providing support for these events. This is a very exciting opportunity and we thank you for this wonderful collaboration. Complete details can be found at fasciaresearchsociety.org/2018. 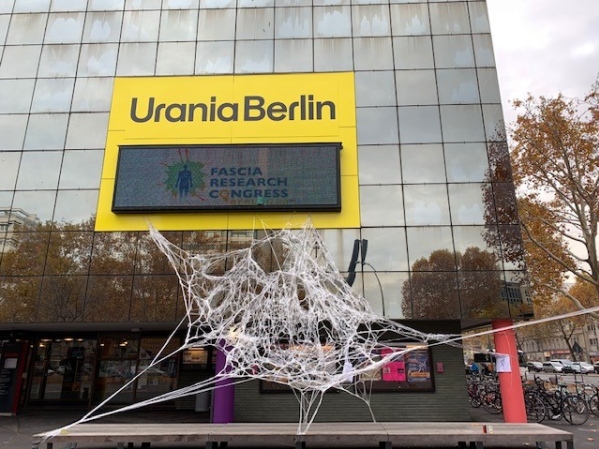 The fourth conference was September 18-20, 2015 at the Hyatt Regency in Reston, Virginia near Washington D.C. The theme was "Issues in Fascia Research: A critical examination for the scientist and clinician. What do you want and need to know – and how do you get it?" Complete details can be found at fasciaresearchsociety.org/2015

The third conference took place in Vancouver, BC, Canada on March 28-30, 2012. This sold-out conference offered presentations on the theme: "Fascia: What do we notice, What do we know? Continuing the Scientist/Clinician Dialogue.". Complete details can be found at fasciaresearchsociety.org/2012.

The second conference at Vrije Universiteit, held October 27-30, 2009, continued the high level of scientific presentations set in the first conference. The Amsterdam, Netherlands Congress was a four-day schedule followed by an additional day of post-conference clinical workshops. This added new dimensions – presentation of the clinical practices, both in lecture/demonstrations and in small group sessions, and integration with academic faculty conducting rehabilitation research. For complete details go to fasciaresearchsociety.org/2009.

The first International Fascia Research Congress was held at Harvard Medical School in Boston, MA, USA on October 4-5, 2007. It was the first international conference dedicated to fascia in all its forms and functions. This conference was intended to be a catalyst. The emphasis and centerpiece was the presentation of the latest and best scientific fascia research for clinical professionals in whose specialties the human fasciae are central in both theory and practice. Many of the scientists attending had little experience with clinical practice and clinicians were often unfamiliar with each other's work. At this landmark event professionals from the separate domains of basic research and clinical practice had an unprecedented opportunity to learn from one another and gain insights to inform and enrich their respective areas of work and lead to new areas of scientific inquiry and improvements in applied methods. More information on this conference can be found at fasciaresearchsociety.org/2007.

Article from SCIENCE Magazine on the First Congress:

The article by David Grimm is titled "Cell Biology Meets Rolfing: A diverse group of researchers wants to create a new discipline from scratch by bringing together experts in fascia and deep-tissue massage."

A few points from the article:

"The meeting, held here [in Boston] last month, would be the first dedicated to the soft part of the body’s connective tissue system — an important but medically neglected organ. It would bring together top scientists from fields as diverse as cell biology and biophysics, but it would also include alternative medicine practitioners…"

This conference was the first venture within the field of the human fasciae to bring together scientists and clinicians and it was not at all certain that getting these two diverse groups together would satisfy everyone or produce constructive collaboration. Quoting Thomas Findley, MD Ph.D., the Executive Director of the conference, "Practitioners want to know the science behind what they’re doing…and scientists want to see clinical applications of their work." Partap Khalsa, DC Ph.D., program officer with the U.S. National Institutes of Health (NIH) National Center for Complementary and Alternative Medicine (NCCAM) stated, "You need people who can do good basic science and clinicians who can inform them about their experiences…It’s the only way to advance the field."

By the end of the second day, it was obvious there was a meeting of minds. So much so that a leading researcher in biomechanics, Peter Huijing, Ph.D., of Vrije Universiteit in Amsterdam has agreed to help organize the next conference in Amsterdam in 2009. "Huijing says he also learned new things from the alternative therapists — and he found that he had something to teach them as well."
It should be noted that Dr. Huijing, himself, was originally skeptical of the feasibility and value of such collaboration. "Huijing plans to give a larger spotlight to practitioners and to explore even more of the basic science. He’s adding days, and he’s reserved an auditorium for 1000 people — twice the size of the room at this year’s event. ‘I have a feeling it could be very big,’ he said."